Cancer Death Rate Decline Should Not Be Lost in Current Climate 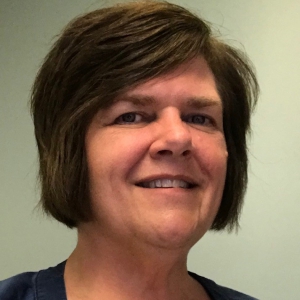 When we ring in a new year, there is an anticipatory propensity to believe that it will offer an opportunity to surpass the last. The expectations held for 2020 were no different, were they? Nevertheless, 8 months into the final year of the decade, it has been one disastrous event after another. The book recounting this year’s history will be crammed with mayhem and horror—reading more like a mesmerizing Stephen King novel. Even epidemiology, social science, and psychology textbooks will show this chaos.

And like many, I have had ample time to ponder the current events. Occasionally, the time was used to reflect on life as I knew it, all that has happened, and all that continues to occur. But the time has also given me an opportunity to reflect on and relish all the good that has been reported. There is no denying the pandemic hit the world fast and hard, relentlessly overshadowing what I believe to be perhaps the best read of the year. Every year, the American Cancer Society (ACS) estimates the numbers of new cancer cases and deaths that will occur in the United States and compiles the most recent data on population-based cancer occurrence. On January 8, 2020, the ACS released its annual report on cancer rates and trends. Reviewing the report this spring gave me a reason to celebrate amid the chaos.

According to Cancer Statistics, 2020,1 the cancer death rate fell by 29% from 1991 to 2017, including a notable 2.2% decline from 2016 to 2017. A 2.2% drop—the largest single-year drop in cancer mortality ever reported. The report notes that over those 26 years, there was a continual decline in overall cancer mortality as a result of durable drops in death rates from lung, colorectal, breast, and prostate cancer. Lung cancer continues to be the leading cause of cancer death in the United States. In the report, the ACS projects approximately 228,820 new cases of lung cancer (116,300 in men and 112,520 in women) and nearly 135,720 deaths from lung cancer (72,500 in men and 63,220 in women). However, the decline in mortality from lung cancer has accelerated, going from 2% per year to 4% overall.1 The reduction in tobacco use, advances in screening and imaging techniques, standardization of molecular analysis, and the advent of precision medicine in lung cancer treatment have influenced the 1-year record drop in overall cancer mortality.

Cancer has entered the realm of chronic disease management. Sure, there is much work ahead, but we cannot lose sight of the important advances that have been made in the care of lung cancer patients. From here, we will only continue to see increasing survivorship numbers and decreasing mortality rates. People are “living” with lung cancer, in part thanks to ongoing research and further study into biomarker analysis and precision medicine. For progress to continue, we must identify resources to expedite diagnosis and treatment; keep encouraging lung cancer screening in the appropriate patient population to ensure early diagnosis, further reducing mortality; offer tobacco cessation therapy for those needing assistance; define an institutional process/pathway for biomarker testing to provide the right treatment at the right time; and identify lung cancer clinical trials that combine novel approaches to therapy. We must also recognize barriers to help lessen psychosocial deterrents to care, including racial/socioeconomic disparities.

Recognition of the decline of the cancer death rate should not be lost in the current climate. This will be a truly memorable year, but as we move through the next half, may we pause and appreciate the advances modern science has made and continues to make for those entrusted into our care. May the new decade bring patience and fortitude to remain cautiously optimistic that the decline in the cancer death rate will continue. For now, be safe and stay healthy.