The Sounds of Music 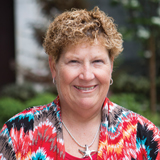 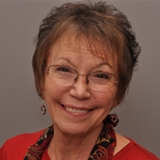 As nurse navigators, our first encounter with a patient typically is at the point where they have been diagnosed with cancer. Every personal paradigm just shattered, and suddenly they are a “person with cancer,” which trumps any prearranged constructs of who they are.

Our opportunity as navigators is to avert the grief that has created a conversational black hole and silenced our patients previously established theme song as an individual.

We’re using the term “theme song” in recollection of a TV series, Ally McBeal, in which the main character maintains that we all have a personal theme song, and, indeed, when this is mentioned to people, patients and nonpatients, it invariably sparks a relatively introspective discussion about their personal theme song—and observing this phenomenon we both became intensely aware of the fundamental nature that music plays in the premise of all our lives.

From Penny: One of my first patients (as a nurse navigator) was an intensely vibrant 95-year-old woman we will call May, who had experienced a couple of serious cardiac glitches, necessitating the code team being called.

She was visibly shaken by these experiences, and I asked our hospital’s music therapist to see her in the hope of creating a relaxing ambience for her. After the music therapist came out of her room she was chuckling, and when I asked her what had happened, she suggested I speak to May herself about her choice of music, which had been the song Moon River by Andy Williams.

I did speak to May, saying that I understood she liked Andy Williams and that particular song, to which May replied, with quite a flirty grin, “He is such a HOTTIE, don’t you agree?”

OK, let’s remember, May was a 95-year-old woman who had just seen the code team twice in one morning, but that song, that singer, had transported her to a very sensual and happy experience that transcended her traumatic morning as well as her 95 years.

From Peg: Another experience with music therapy involved a young patient who underwent chemotherapy for his sarcoma at a Philadelphia hospital. Every time he received his chemotherapy, he asked to hear the Theme from Rocky and the Eagles Fight Song. You must understand that this young man was born and raised in Philadelphia, and both of these songs were near and dear to his heart. These songs motivated him to stay strong and to look forward to his goals of going to an Eagles game when he was done treatment, as well as to walk the Philadelphia Art Museum steps that Rocky ran in the movies. Both of these were in celebration of his fight and win against his cancer, and he was able to do both.

In his iconic book, Musicophilia: Tales of Music and the Brain, Oliver Sacks reminds us that music activates our motor and subcortical motor systems, and even the imagination of music and rhythm may be as potent as actually listening to it.1

Many of us have had the amazing experience of hearing Dr Deforia Lane2 (who initiated the Music as Medicine program at University Hospitals in Cleveland) speak at various conferences and observing her turn a postprandial group of nurses and patient navigators into a joyful, smiling, toe-tapping chorale—whose collective mood was palpably elevated after her presentation. Having this experience does beg the question of why all hospitals do not have music therapists on staff.

We are familiar with the evidence-based studies referenced in the Handbook of Integrative Oncology Nursing: Evidence-Based Practice,3 confirming music therapy (along with guided imagery) to be effective in alleviating postoperative nausea and vomiting, as well as work initiated by Fabien Maman, a French composer and bioenergeticist, exploring and documenting the specific influence of cells, of sound and wave energies.4 Through detailed experiments done by Anthony Holland and Novobiotronics, Inc, we see various therapeutic frequencies are recognized as effective in a variety of conditions, from autism, Parkinson’s disease, and cerebral palsy to neck and shoulder pain, insomnia, and anxiety.5

The preponderance of research grows and informs our day-to-day therapy of our cancer patients, whether it be the inclusion of a music therapist or just bringing a prerecorded playlist to a patient’s room, infusion center, or played during stressful radiation treatments. In integrative oncology, it is noted that results from 4 trials showed that patients who listen to music reported an overwhelming percentage of pain relief, and in those patients listening to preferred music there was an even greater impact on reported distress.6

Several surgeons in our institution will bring their own playlists to the operating room, and although anecdotal, I have questioned patients later, and an amazing number will recall specific pieces of music or songs that were played during surgery.

At one of our gynecologic oncology support group meetings, our speaker, Brenda Stockdale, was talking about various stress-inducing experiences. She mentioned listening to Joshua Bell’s version of Vivaldi’s The Four Seasons while driving through Atlanta traffic: “On a whim I listened to this particular CD, and my normally tension-filled drive home was amazingly enjoyable and relaxing (descriptors we do not usually cite when driving through Atlanta or any other big city).”

As oncology nurse navigators, we have been continually astounded at the impact that music has in our patients’ lives and in their healing process. This is especially visible after a visit from a music therapist when they have had an opportunity to experience individually selected music that has special and personal meaning to them. For us as oncology nurse navigators, this is an opportunity to employ one more restorative strategy as we are a part of their arduous journey through their cancer experience, bringing truth to the eternal testimonial that music transcends all generations no matter what the genre.